I have known for a while that my embroidery machine can do applique designs, and I much prefer them over the straight embroidery but thought they would be a bit tricky to master. However when I decided to join the kids clothing swap on EB, I thought it was time to get brave and give it a whirl, since it was sure to make the outfit extra special.

I can't show you too much here of that one since it's supposed to be a surprise and will be revealed after the recipient has it for her little boy. 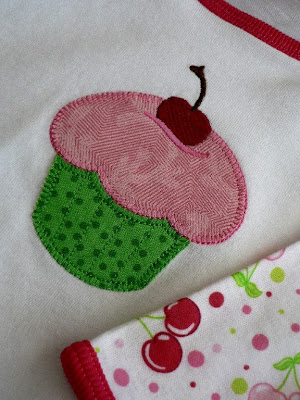 I can however show you the design I did for Madelyn. I love the cherry print knot I found at spotlight - she already has a nappy (almost grown out of) and scratch mitts (no longer used) from the print and I am still not sick of it. There's enough left for two more nappies too when I get around to making mediums for her. 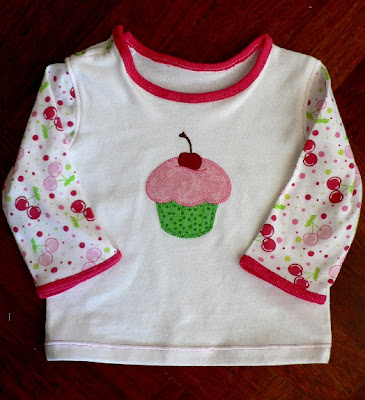 The only problem is that it's such poor quality - very thin and bad recovery when stretched. so the sleeve bands I added to pull the sleeves in a little at the wrists (to stop it hanging over her hands and getting in her way) didn't really do what they were supposed to And I also discovered that just because one Ottobre pattern LOOKS the same as another, they are generally not. I loved the swap top I made from Ottobre 4/06 but couldn't find the magazine when it came to drafting Maddy's. I found a similar pattern that I thought was identical in Ottobre 1/07 but the neck opening is much larger and I'm not happy with it, the swap top is soooo much better, so I am thinking this might end up being a pyjama top, perhaps with some matching longies for this winter. 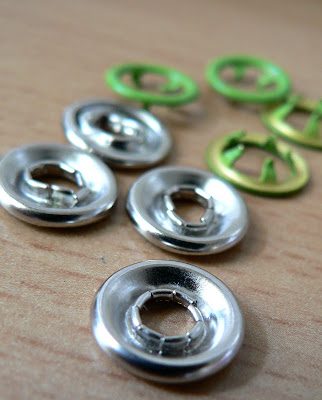 I also had trouble with the snaps -Andrew discovered that I was trying to put the sockets in upside down - I was sure they were up the right way. That's what they call baby brain I think. At least I got it right for the swap top as I used Madelyn's top as a practice run before I snapped that one. Swap pants to follow. 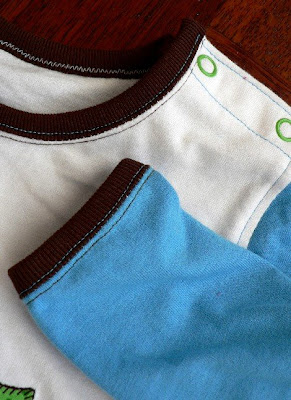 And for those who love a give away... head on over to Kylie's blog to see what she has up for grabs, something every day in the lead up to her 100th post.

Posted by Austysmum at 1:37 pm

Oh I love that cherry knit!
I haven't seen it in spotlight, I am going to have to try track it down now!
The top is super cute!
Poo poo to your copycat :(

Hey Joy. Just to let you know you won my day four give away. I know I should have your snail mail, but can you email it to me at kylie dot purdie at gmail dot com just to make sure.