Why do batteries go flat at the wrong time?!

I finished three little baby sets (2 in size 3-6m for the on-time babies and 1 in 0-3 for the tiny premmie) for my mother's group babies to give them all at this week's catch up on Tuesday. The last one, for the premmie, was finished at around 1am on the tuesday morning, so the only photo op I had for them was just bere we were about to go. Unfortunately, this is not the best time for photos as Madelyn LOVES to go to "baby gwoop" and can't get out the door fast enough. Couple that with the light on my camera flashing to say the battery is low, and the result is some very average rushed shots of only 2 f the said outfits! My favourite - the little dinosaur themed set for the littlest baby missed out on getting captured s the camera switched off and we had to go. I wonder if I can get the proud mum to snap a shot for me of the cutie modelling them. Hmmmm... Please excuse the poor photo quality and colour. 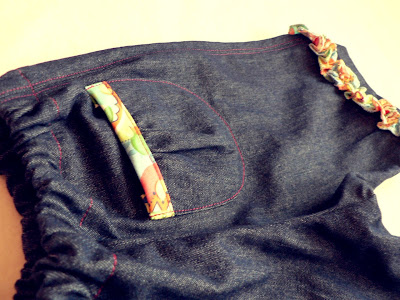 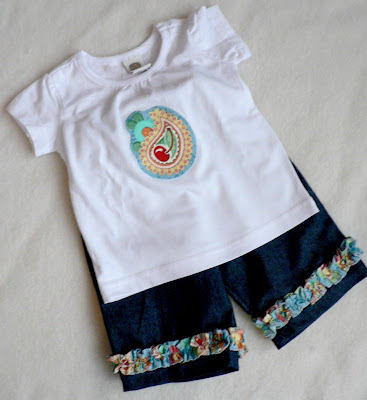 Here is the girlie set for the first bub that arrived for our group's second generation of babies, Rosie. Madelyn loved this, and while it looks like a pair of shorts, they are light weight trousers in a very soft light denim. I had to lay this set out about three times before snapping this shot just in time for Madelyn to grab them again. She picked them up, held them against her and said "Madewyn's baby girl cwoves". I told her that they were too small for her, and for a tiny baby instead. She replied "Too small for Maddy. Madewyn grewed" Clever chook, isn't she? At 20 months she now indulges in many a conversation and is a fashionista. Today I had to pull out three sets of clothes because she couldn't make up her mind which set she wanted to wear, and the set I had put out for her was apparrently no good! Where on earth did this come from!? She doesn't get it from me, that's for sure. 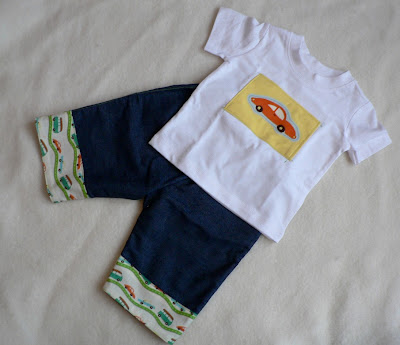 Here is the second set for or biggest 2nd group baby, Archie. I made this set first, so the pocket is a little high (my own pattern being tested out as baby gifts). 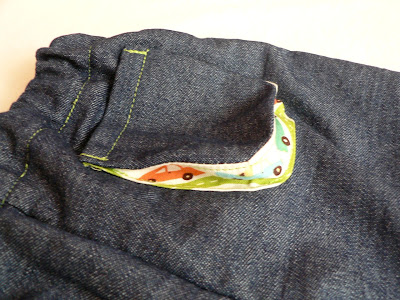 As you probably know by now, Madelyn is a girlie girl at heart, and loves all things pretty. She now has enough hair for hair clips! And it's even getting a little curl to it which is soooo cute. I had bought a couple but when they kept getting lost and Madelyn kept insisting on wearing them, I decided to buy a bulk lot of supplies and make my own. Here are my first trial clips and I have since made several more. I plan on selling the excess along ith some sets like the ones pictured above either on etsy, or perhaps doing some market stalls. While I don't get a lot of sewing time for myself, the Dad in the house has promised to give me kid free time to sew or make clips if it's for markets, so we'll see how that goes! I'd like to also sell some of my Mei Tai's but they take a lot longer to make so I figured I needed some quick and easy items to make a good stall/online shop. 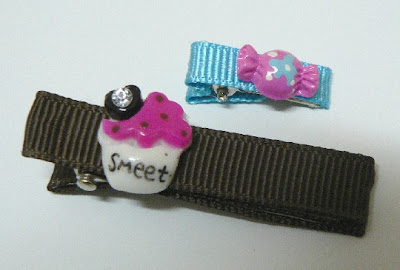 Of course, I am still plagued by the wool dyeing bug,and have another skein over the airer as I type. Here are the little test pieces all set and dried, and hopefully the h the colours will come out on the skein. I have decided to call the colourway "Climb up my apple tree" that cool kids' Target ad was on TV as I dyed it and I found myself singing along to it and realising that it fitted the colourway really well. This was supposed to be for a unisex newborn gift but I am not sure if I want to keep it for myself now. I really like it! 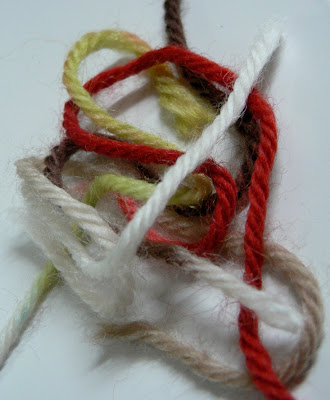 Oh how adorable are those sets! My daughter decided to pick out her own clothes when she was 2 and a half and no matter what I chose she wanted something else. The only solution was to buy clothes that I liked and then she could pick and it didnt matter, lol! Your wool dyeing seems to be going along great too, are you going to be selling any of your colorways!